(This probably should be two posts, but I don't want to break up the story.  Just be warned. ;-) )

You know, I don't even remember how I found out about Sew News magazine back in the late '80's.  I do remember that I decided to subscribe  as part of my 30th year 'time to grow up and get good at something' resolution.

So much came from that decision....

Sew News introduced me to Threads Magazine, and I subscribed in 1991.

A few years later, after internet came to our house,  one of those sources mentioned Pattern Showcase...an online place to buy patterns produced by folks other than the Big 4.  I would read and re-read the pattern reviews listed there, delighted to  hear even indirectly from folks who were sewing garments and doing it really well and sharing the experience.

I bought a few patterns, inspired to try something new, and an email announcement of an upcoming live chat led me to Pattern Review .  A whole site for sewing enthusiasts!  I was in Hog Heaven.  I joined up in May of 2002, although a server crash updated the start date on my profile to August.  My first pattern review, the Sewing Workshop Hong Kong Vest, was review number 470 (I just checked; the most recent review listed as of this moment was number 105,262).

Pattern Review opened a whole 'nuther level; I found Sewing World, which has since been replaced by Stitcher's Guild at Artisan's Square.  Online fabric shopping sites, Sewing Expos, special events...ohmigoodness, places I went,  the tools I acquired and the things I learned (and the fabric and pattern influx that has really only  recently begun to subside a bit...).

And, you know, it was via those discussion boards that I discovered blogging...and, ultimately started my own blog.

I can pretty much trace it all back to Sew News.

The irony is that, after a number of years of subscribing to both Sew News and Threads,  Sew News began to change to be more of a chatty ladies magazine with crafty DIY articles...and I let my subscription lapse.  Reupped  a few years later, to see if it had improved and...not so much.  So I didn't renew.

However, a couple of months ago I won a subscription from a giveaway on Rhonda Buss's blog and the first issue of my gift subscription arrived this week.  In a weird coincidence, this week I also stumbled upon a file box that contained articles I'd cut from Sew News back in the day and kept. 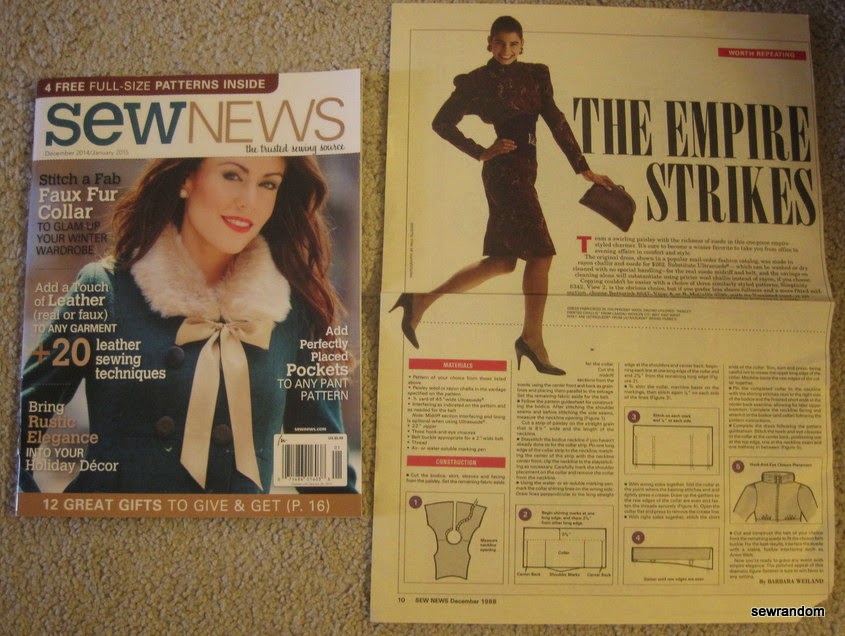 The very first article I cut out had a dress alteration that looked similar to this...a wide Ultra Suede midriff.  This is NOT that first article...not sure why I couldn't find that...but it is one of the oldest I have (The date on it is December 1988; I later found an article on using a serger to decorate a sweatshirt from August 1987).

I found the original instructions for an outfit I'd made for my older daughter in 1990; she wore out the leggings and I think I made another set, but by the time my younger daughter wore it the leggings were gone and she wore the top with jeans.  There are several Sew News - inspired outfits sprinkled through out our photo albums of those growing-up years. 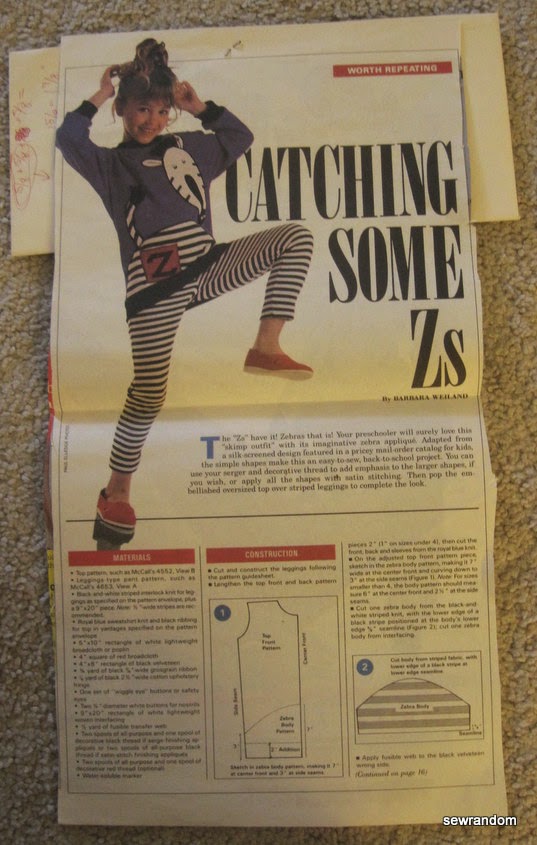 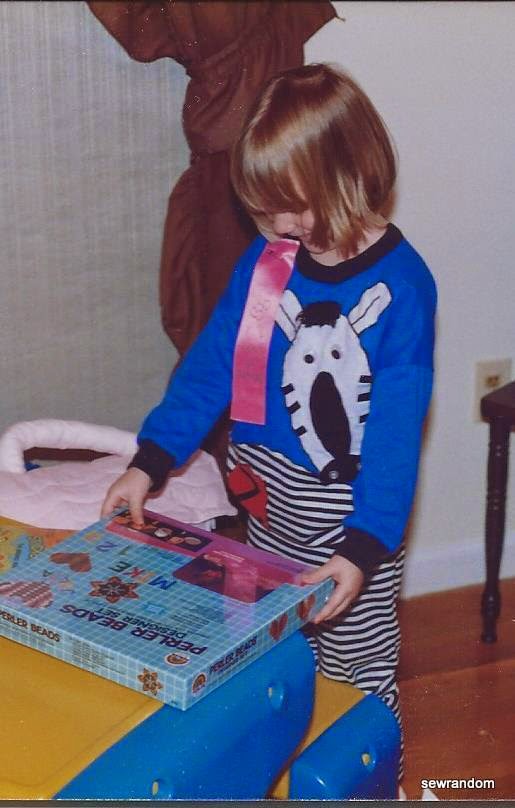 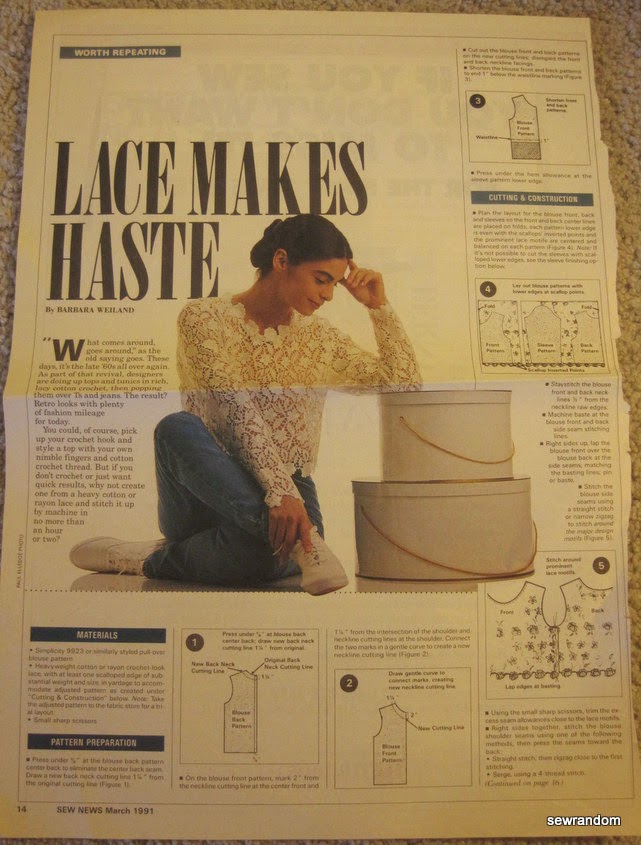 And...showing fashion repeats...from March, 1991, instructions for a lace top that would be right on trend today.  Maybe I should dig through those folders a little more...

And the new magazine?  Well, an early perusal is hopeful.  More sewing and less fluff than I remember.  I think I'm going to enjoy the subscription...Thanks so much, Rhonda!
Posted by Lisa Laree at 12:03 PM