And we are very glad. 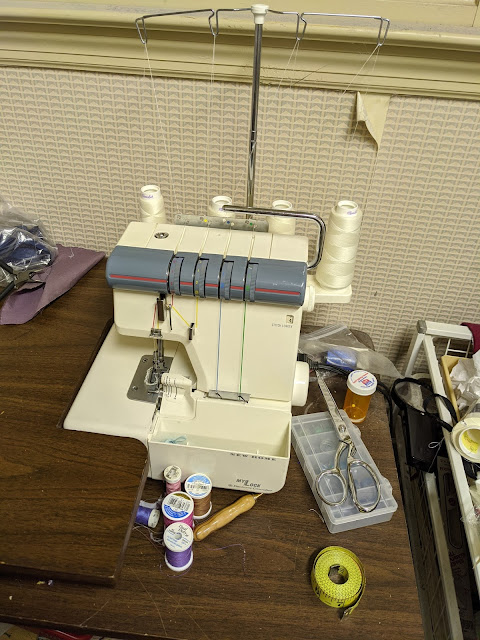 It was $1 for parts ((a new upper knife) and $110  for labor, but she's all cleaned, tuned, tweaked and sharp and ready to go.  She's running a little more growly than in the old days, but, hey, she's 30 years old and she's still quieter than the new backup.  And I'm glad I now have a backup sewing machine and a back up serger that I can take to church for sewing days and still have my sewing set up at home.

On another note, I've had to turn off comments on some posts; that really shouldn't matter much because a) I only get about  3 actual comments a month and b) the posts are from the first of the year so they're not likely to get actual comments anyway.  But I've begun to be afflicted with really offensive R-rated comments.  I've got comment moderation turned on, so they're not getting any actual air play, but I have to look at them to moderate and I am not happy.  I finally noticed last week that they seemed to be recurring on the same two or three  12 Month wardrobe posts, so I turned off the comments for those posts.  We'll see if that stops the influx.  I have the comment moderation on, plus the capcha, so someone is working hard to leave yuckky stuff for no good purpose; it's not going to make it to public eyes. But maybe if I throw a leaf on the path the way will be blocked, lol.  We'll see.

On August 16, 1980, My Sweet Babboo and I pledged our lives and love to each other in front of a church full of friends and family. 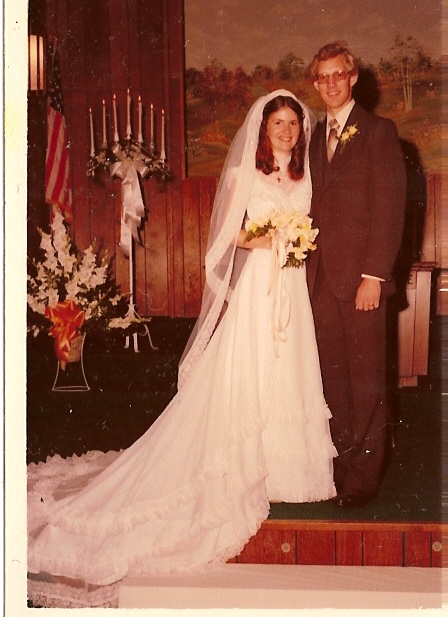 It was a cold, rainy day in central Indiana, but it was the beginning of an adventure.

Back in January, we were looking at Adventures...did we want to do a train ride across Canada?  An Alaskan cruise?  What would be a big enough commemoration?

About two weeks ago we looked at each other and said, 'We have to do SOMETHING.'

So we decided to go to our favorite getaway spot about an hour and a half away.  We were first there for our 30th anniversary, so it was a 10 year celebration for that, too.  It's a perfect place to just enjoy the quiet.  And it's remote enough that we weren't worried about...catching anything.  We probably saw about ten people all weekend.

It's right on the edge of a bluff on Sand Mountain, overlooking the Tennessee River. 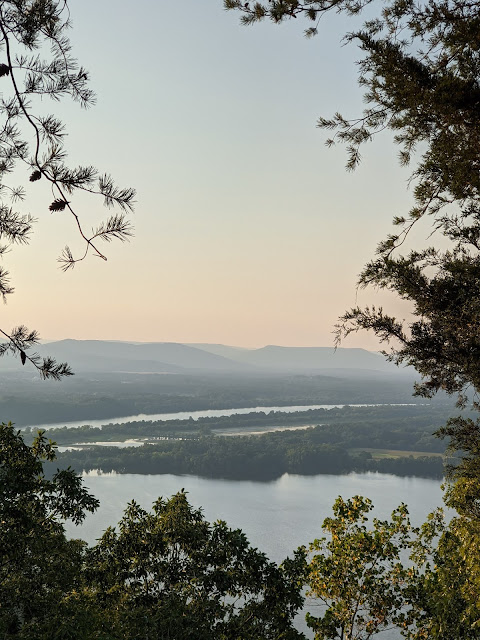 The weather was perfect; relatively low humidity, but still warm enough that we could enjoy the swimming pool, nearly exclusively, but there were enough clouds for a  pretty sunset. 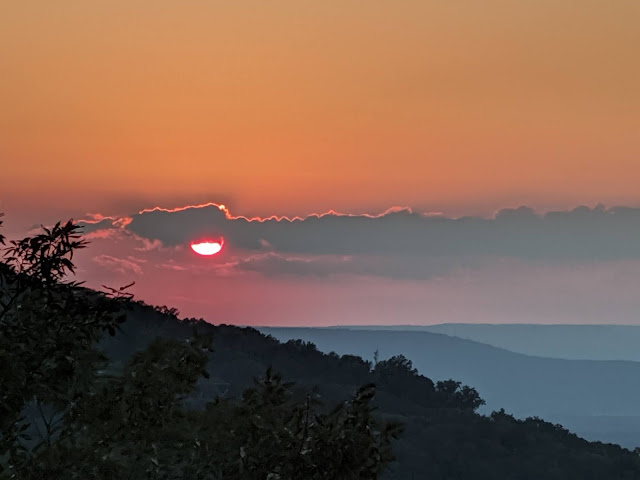 We waited until about 9:30 Monday night and then went out to look at the night sky, well coated with bug repellent.  If I had had a tripod, the sky pictures would have been much better.  There were no moon and no clouds; the stars were breathtaking.  There aren't a lot of  places dark enough to see the Milky Way any more...but it was on full display for us.  But the best I could do w/ my camera was the Big Dipper...or Ursa Major, depending on your school of thought.  I was amazed that I got anything at all.  I don't know if it will show up on everyone's device, but I can see it... 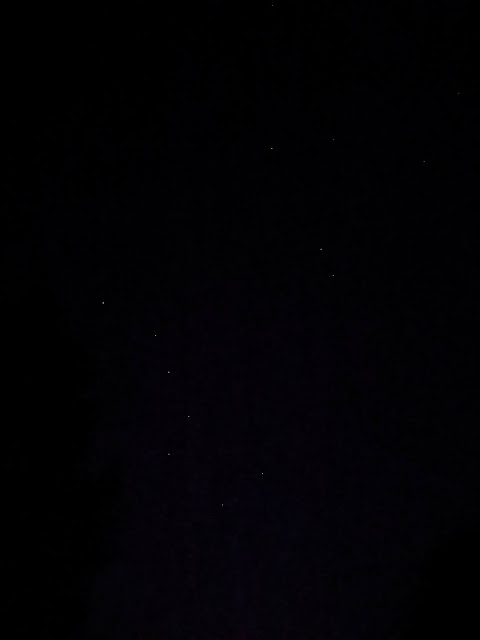 The Lodge where we stayed has a reputation for fine dining.  We had a 3 course dinner on Sunday, in honor of our anniversary.  It was fabulous...but my hubby's camera seems to have eaten our photos; he couldn't pull them off.  Fortunately, we took a selfie with mine after we ate.  Don't we look well fed? LOL. 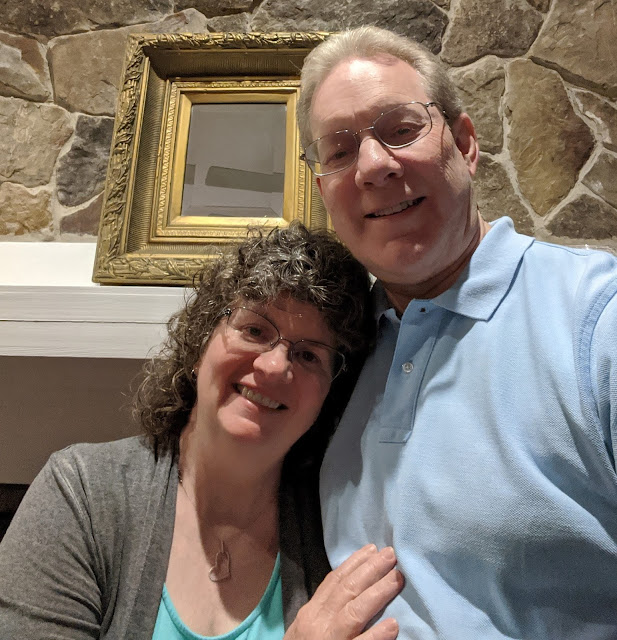 It was just two days away, but it was enough to kinda relax a little bit.  We have plans for another getaway...a conference that was supposed to have happened the weekend after Easter and was rescheduled for Mid-September...but who knows if we will actually get to go.  Hoping...

Oh, I guess there is a little sewing news to report.  On the way back, I jokingly said something about dropping our luggage off, picking up my serger and driving it an hour and a half in the other direction for repair.  My Sweet Babboo was in the mood for a drive, so we did.  Now I'm waiting on the service department to give me a call with an estimate for repair.  I will be glad to get it back.  The new backup is...ok...but I miss my old friend.