I actually finished it week before last, but we  had some tasks that pulled us out of choir last Sunday so I didn't wear it until today. 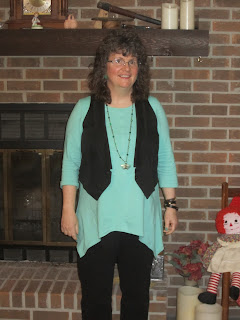 Vogue 9057; I added a front seam and topstitched it just to give the solid fabric some visual interest.  The sleeve length was determined solely by the amount of fabric I had; that was as long as I could make 'em.  Which, given the fact that spring is very slow to get in gear this year, is just fine.

That's the first time I made that view; I kinda like it and may use it again.  The only tricky bit is mitering the front corners;  I don't know if the instructions are to miter them or not; I didn't look. LOL.  Mitering corners is just what I do.

All in all, I'll call the experiment a guarded success.  It took two tries, but I did get something the right color.  I may very well try it again if I have a hard-to-match color....and I used a white knit that was just too grayish (literally, it looked like it had been washed with dark colors and took some dye) to use as it was, so just finding a purpose for that was good.

I kinda like that green.  It's fresh and springy. 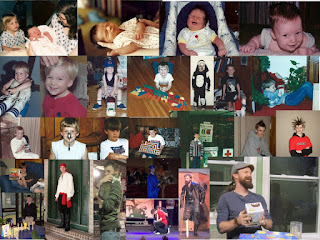 Well, in the last post I invited enabling with regard to fabric used for those really soft, really stretchy, really expensive leggings sold by direct sales.  If you're on facebook, you've probably been added to at least two groups by folks selling said leggings.  My daughter bought me a pair for Christmas and, while they are super comfortable, the print on them is, well, a cartoon character and more PJ/loungewear than I'm really good with wearing in public.  So I was looking for some more, um, useable prints.

Nurse Bennett corrected my misconception that the leggings fabric was cotton -- it's actually a double-brushed polyester -- and put me on to Cali Fabrics...an online vendor I was not acquainted with.  I went to the site and poked around a bit.  I settled on two prints for the double-brushed poly jersey, and a rayon/lycra jersey in a dark dusty rose color that I'm always short on when it comes up in the choir rotation.

They arrived  yesterday.  I was very impressed with the packaging; they were double-wrapped in plastic, well protected against any USPS foibles.  The prints were lovely and the cuts generous: 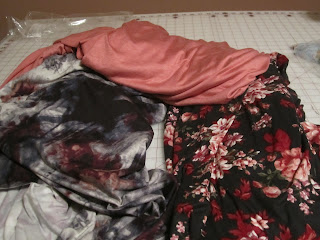 I was surprised that the abstract had a bit of the rose color in it; it didn't show in the little swatch on the website.

But...the floral print is too thin for leggings. It's going to make a wonderful flouncy shirt, I think. The abstract is a bit thicker; not as thick as my Lul@R03 leggings but I think it's substantial enough to work.  And, because I had to order in whole yards and it was generously cut, I'll have enough for a T shirt as well.

Giving in to temptation...

The arcadia green top is in progress...I would make better time on it but for some reason the kitty has decided that the chair in front of the sewing machine is the perfect chair for me to hold her and pet her and scratch her chin and ears while she purrs loudly.

So my progress has been somewhat delayed.

But I have actually succumbed to the siren song of the internet fabric sources...and two orders have arrived since the start of the year.

First was a sale, the second was, well, an indulgence, plain and simple.

Up first, two pieces from EmmaOneSock... 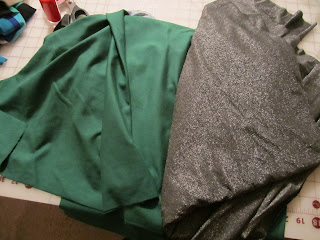 I have a t-shirt made from the sparkly gray; I didn't realize it was the same fabric until I got it home and compared it.  I got some for a cardigan...guess I'll end up with a twin set.  The green knit is darker and blue-er than it looks in the photo.  That's mostly for the next time we get assigned dark green for Choir.  We got surprised with it for Christmas a year ago and I had NONE.  Now I have a couple of pieces...this is a four-way-stretch rayon/lycra; I've also got a ponte that I picked up last year.  That ought to be enough to get me by, should it come up again. 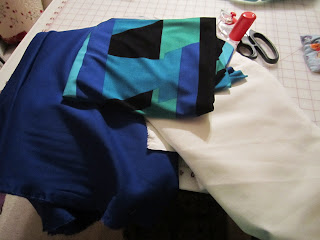 And, you know, I had to show some support for the  Gorgeous Fabrics re-launch.   The two bottom pieces are rayon/nylon/lycra ponte, very, very nice.   I aim to make Sewing Workshop Helix Pants from them, but that could change.  The top pieces is a crepe-y ITY knit; it's a substitution, the print that I wanted sold out just before my order popped up.  But that's ok, it's just going to be a t-shirt, so it'll work as well as the first choice.  It's really nice...not slick like other ITY jerseys I've gotten in the past.

So, my yards in has surpassed yards out.  I'm done buying for a bit.

Unless I come across some really nice cotton/lycra knits...like what is used in the leggings sold by direct sale in multitudes of Facebook groups.  I got a pair for Christmas...still haven't got a black top to wear with them, but it's coming...and I'd LOVE to find knit like that.

Anyone found a source?  I give you permission to be an enabler...lol...
Posted by Lisa Laree at 8:44 PM 4 comments: